If you want to participate in this group login here or register here.

I'm thinking of developing my own comic series. Possibly for Webtoons. I'd appreciate it if anyone would like to talk and listen as I bounce some of my ideas off of them. Suggestions/critiques would be much appreciative.

The story I have in mind is mainly taking ques from the super hero genre. Inspired by the likes of Spider-Man, The Punisher, Ghost Rider, etc. There are also inspirations I wanna take from Biblical stories, maybe even some mythologies of other cultures to help.

My rough idea is a story focused on a city full of corruption (Pretty much like all of them). One of the main problems of this city is the crime. Whether its theft, murders, predatory acts, etc.

The protagonists are comprised of two late teenagers, who actually become these super powered crusaders. One male, one female. Ryuji Takeshi and Akari Yasu. One mixed, the other not. Both of Japanese descent, in America, a couple of decades into the future. Minor character traits but I just want you to have a rough picture of them. Here's some character references that I did some time back.

I plan for these characters to differentiate from each other but share a similar goal, which they go about in their own way. Both see the corruption of their environment and want to make a difference. Akari is more of the traditional caped hero who just beats up the bad guys and leaves them for the police to lock up. Ryuji, is more of the anti-hero. He kills the murderers, the predators, and just about anyone else that he thinks deserve death. He symbolizes more of Wrath. Akari, I'm still trying to decide what her alter ego symbolizes. Maybe compassion or mercy?

My plan is for these two characters to at times clash. Both having different views than the other on how to deal with the city they live in. They at times act as a foil to the other. But at times, they have to band together for a greater threat.

As civilians, these two attend the same school. Akari actually developed a crush on the more quiet and reserved Ryuji. With their civilian segments, I'd like them to affect the other. For example, Akari's personality could soften Ryuji's more hardened heart. Ryuji breaking up some of Akari's naivety. These interactions should have some affect on how they continue onwards with their alter egos. For better or worse.

One of the themes I'd like to play with in this story would be related to wrath, how it can poison the soul of one. Another could be commentary on city living. Still working up themes. But one thing I really think would be great to explore is the concept of the Exiles. As in the biblical idea of someone being in the world, not of it. Babylon was not just an empire, but was also used to refer to any kind of man made institution that demands allegiance to its own idolatrous definition of good and evil. Corporations, government, military, education, etc.

Akari, I want her to symbolize the Exile archetype,  since she seeks the well being of people in the city. She's not loyal to any politician, corporation etc. She "Serves" the city, but doesn't compromise her own values. Which I hope to convey as Christian but not in the face of the readers were it comes off as pretentious like SJW books by current Marvel. As for Ryuji, he sees his role as taking out the trash. He has no loyalty to anyone but his own. Which makes him more of a threat to the city. But I'd like for his character to grow. I want to convey him where you can relate or have compassion for him, where you want him to become a better man.

Aside from the conflict with common criminals, there are darker forces in the shadows that thrive off the chaos. I'm talking honest to God, monsters. These creatures are beneath the surface, which prompt our heroes to band together. I'm taking to calling these creatures, 'Cryptids'. Some comprise of your classic cryptid beast, but with my own twists. Here's one in the concept stages that I came up, called Viscera:

I've been holding off for a while now. But now is to discuss where these characters get their powers from. What gives them the ability to take on a city riddled with criminals and literal monsters from the shadows?

I would greatly appreciate input from you guys!

Vanessa
Once you have the comic up, Let us know and we will happily like and comment!!! :-)
3 months ago

@Brisket  I emailed you. Just hit me up whenever you get the chance :D

GonzaBear
@12ga_Bear  Cool! I hope you got my message.
3 months ago

BK
Have you read The Tick or TMNT?
2 months ago

I personally don't like the whole female action hero thing. I have reasons I will always defend, but that's a whole rant really.

I trust you'll keep it clean and ethical of course being a bear, just had to say my piece.

Also Lou (12ga) is a fantastic writer, he'll do an amazing job I'm certain. Used his skills at least a couple times now for my own projects.

I understand that. Of course, my idea wasn't necessarily meant to focus solely on the female protagonist. It was both the male and female that would be the focus. Kinda like a duo.

Yeah, I need to get back to Lou. He's given me some awesome ideas that's shaped up this story. I've just been busy lately helping out around the house to redo the backyard to allow a garden bed and now some space for the chicks I bought recently for when they grow up.

No I can't say that I have read either. Though I always did want to read the classic TMNT comics
2 months ago

BK
The reason I mentioned The Tick and TMNT was that your main characters both resemble characters in these comics. The Ticks side kick had moth powers and the antagonist in TMNT Shredder looks just like your guy. I'm sure you came at these characters from an original place but if I can see it others will as well. I see a lot of potential in your artwork and wish you well in your future creations.
2 months ago

@bk  Ah. Well, I can't speak on the female protagonist's appearance since I never had experience with The Tick.

As for the male protagonist, I did draw inspiration from not just samurai armor, but also some elements of the Shredder, and also a bit of Predator's helmet for the face plate

Just wanted to share a couple of images of some of the progress that I made. 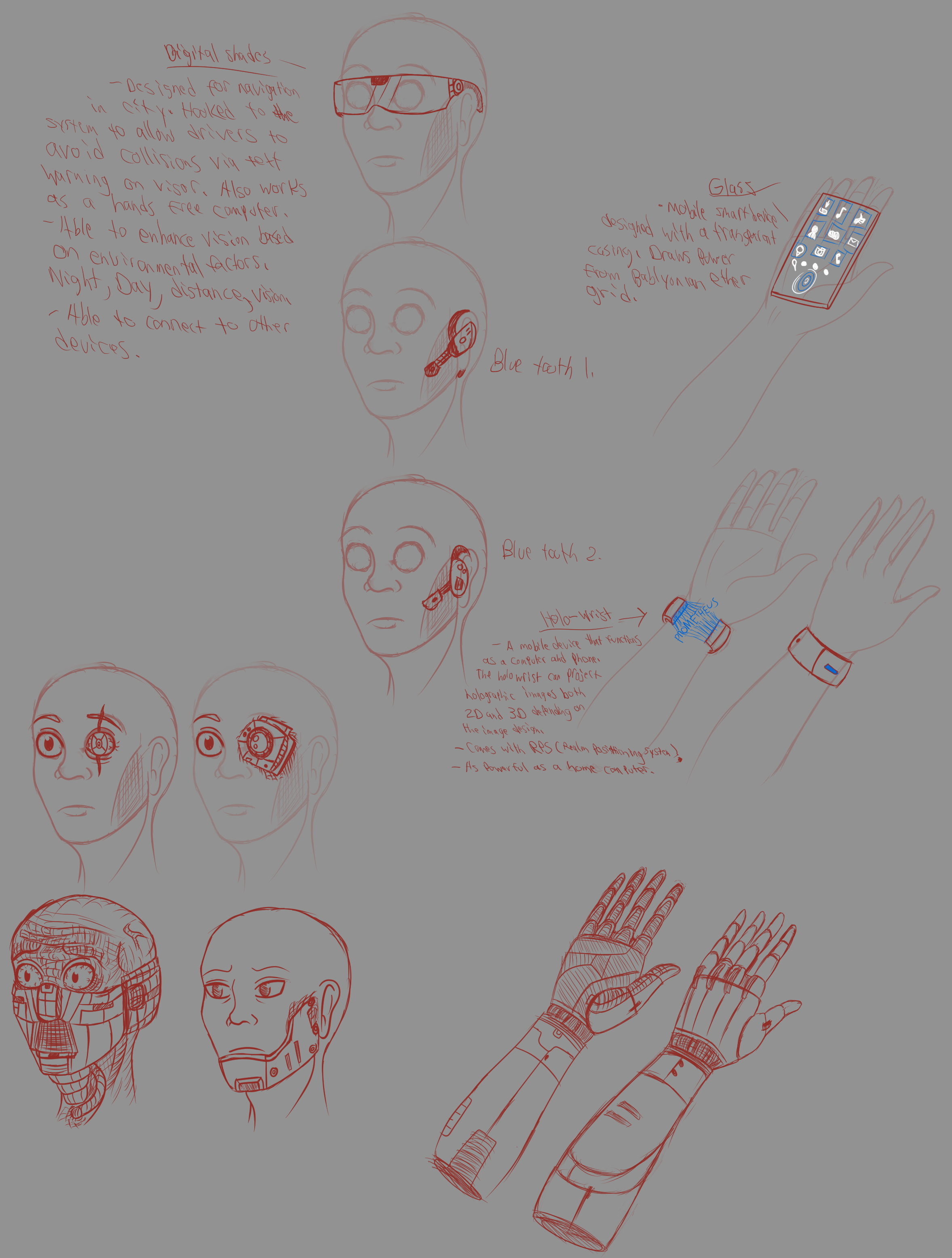 I've been slacking but I've been trying to create some concepts and references to help me for when I actually start drawing out a page. I've got a rough one in the works but I stopped drawing so I can have clear character references. I'll still need to draw some random stock character drawings too but I'm having fun doing it.

GonzaBear
Oops! I had no idea that wo of those were going to be blown up so huge like that! My bad, haha!
4 days ago